By Mark HarropSeptember 17, 2012The Eqvvs Team 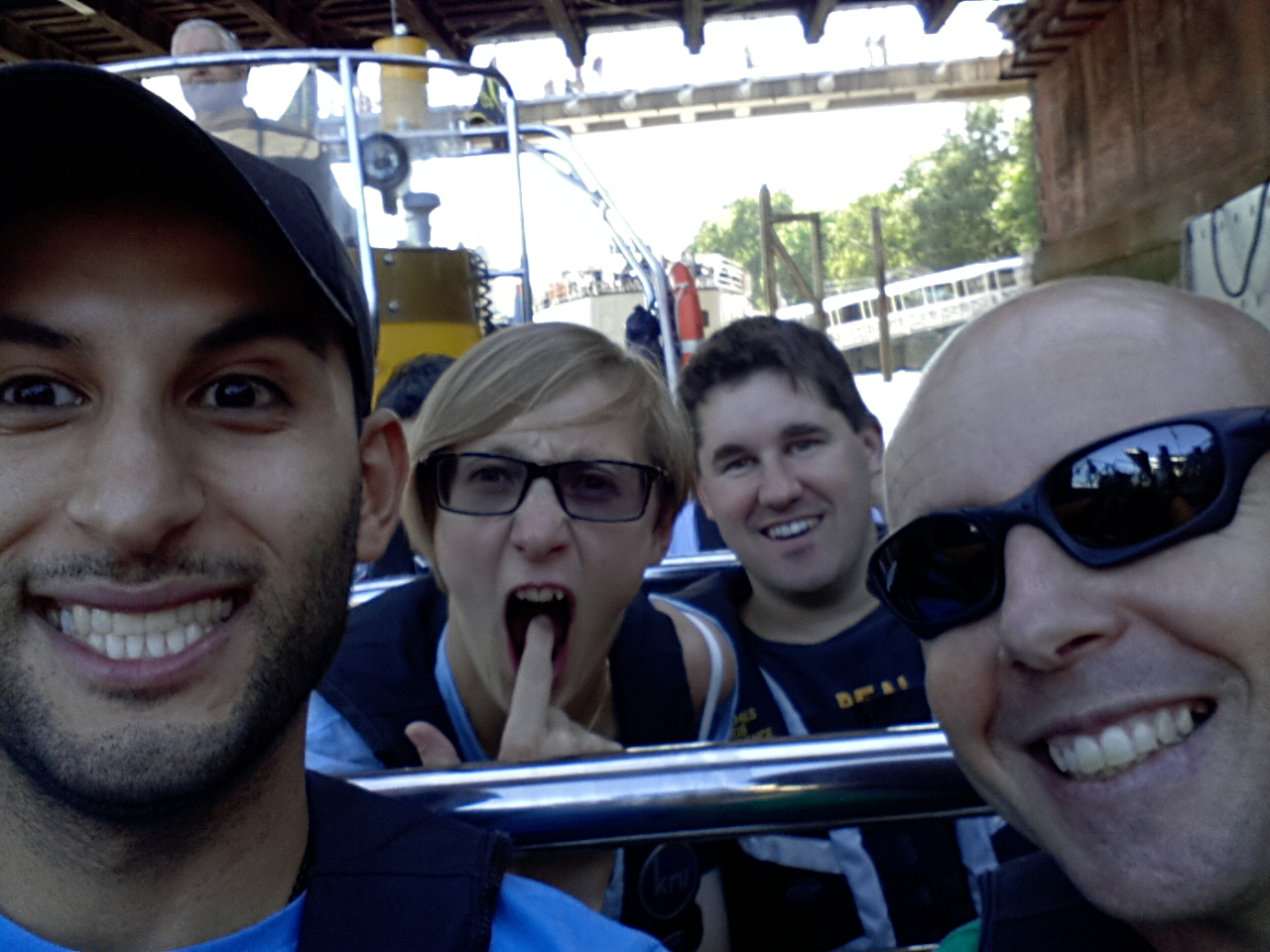 As I turned into Cheval Place I still did not know where we were going for our day trip to celebrate hitting a few targets in the studio before summer. Both Kiwi Mark and English Mark were waiting for me outside the studio, one with a confused look on his face the other with a cheeky grin! Me and Mark (Kiwi) did not have a clue where we were going as Mark and Nicola had kept it a secret for over a week and this had built up a lot of excitement.

‘Right are we ready to go and where is Nicola?’ I said. Both Mark’s groaned saying ‘still in the shower,’ itching to get going. Nicola shortly came out and we embarked on our journey. Me and Mark (Kiwi) tried to guess what we were doing as we got on the tube at Knightsbridge, not even getting close. Nicola told us that we were going to have a few drinks first and then reveal the plan. At this point I looked over to Mark (Kiwi) and he was as confused as a defender finding himself in a goal scoring situation.

‘Right’ Nicola said ‘first I want to thank you guys for your hard work and to show our appreciation Mark and I have booked seats on a high speed boat on the Thames followed by dinner on the South Bank after! I was truly delighted and Mark (Kiwi) had a smile on his face like a kid in a sweet shop. I’ve never seen drinks finished quicker, two rounds and we set off again towards the Thames.

As we got to Embankment Pier the weather was absolutely fabulous and it was scorching hot. I started taking pictures as I am known to be the gadget man and in the distance I spotted the speed boat. I must admit that although I was excited, the quote “Courage is the art of being the only one who knows you’re scared to death” popped in to my head! We put the life jackets on and I posed in a picture like 50 cent with a bullet proof vest.

One by one we got on the speed boat and I sat at the front to show that I wasn’t scared but that was far from the truth. Mark (Kiwi) sat next to me with his shades on looking like a bond villain, which was fitting as one of the few tunes played on the speed boat was that of 007. Mark and Nicola sat behind us and the adventure started. We went up and down the river really slowly checking out all the lovely sites like Big Ben and the London Eye. The Shard looked absolutely amazing in the background and the size of it really hits home when you get close up to it.

The driver (Captain) and the tour guy were really great and gave some amazing true facts about every building in view and the river itself. The one fact that I remember is that the river Thames is not as filthy as we think it is as it has 119 species of fish living in it!  The driver stopped so that the tour guy could take individual pictures of everyone with the Tower Bridge in the background view. We then continued to go forth picking up speed but momentarily slowing down as we passed the river police which everyone found to be hilarious.

Not knowing what had hit us the driver let rip and I tell you it was such an amazing rush! All I could hear was the rush of the wind, chuckles and cheers in the back, thinking this is amazing and nothing to be scared about. Then the driver went even faster and started tilting the speed boat side to side with us starring down at the water inches away from being species number 120. It was going so fast that I was getting a dry mouth and my eyes started watering. I was fearing for my favourite cap and had visions of it flying away into the distance.

Somehow I managed to get my phone out and film the whole thing and almost lost it a few times as we hit some bumpy waves. As I turned my head to film Mark and Nicola in the back, I noticed Nicola pretending to drive the boat which looked brilliant and Mark looked like he was 18 again which is some feat!

Turning my phone towards Mark (Kiwi) he looked as cool as a cucumber and certainly looked the part with his dark shades as he uttered ‘this is cool Meehaad!’ Eventually the boat slowed down causing a big back splash and both Marks being on the edge got the worst of it. The whole thing lasted 50 min but felt like 15 minutes and I must admit it was absolutely off the hook! If you feel brave give it a try, you won’t be disappointed. Thames Rib Experience

This is one adventure that will definitely not be forgotten anytime soon!